Last week I wrote Part 1 of this ‘Making of a Live Album’ series. Part 1 focussed on how we put together an event called ‘Communion’, a worship night with new songs written by members of St Barnabas Broadway and Christ Church St Ives. The event was recorded in order to produce a Live Album. This week I’m writing about the process of making the Album. If you want to listen to the album (which I definitely recommend), you can download it at Mountain Street Media or iTunes, or find it on Spotify. 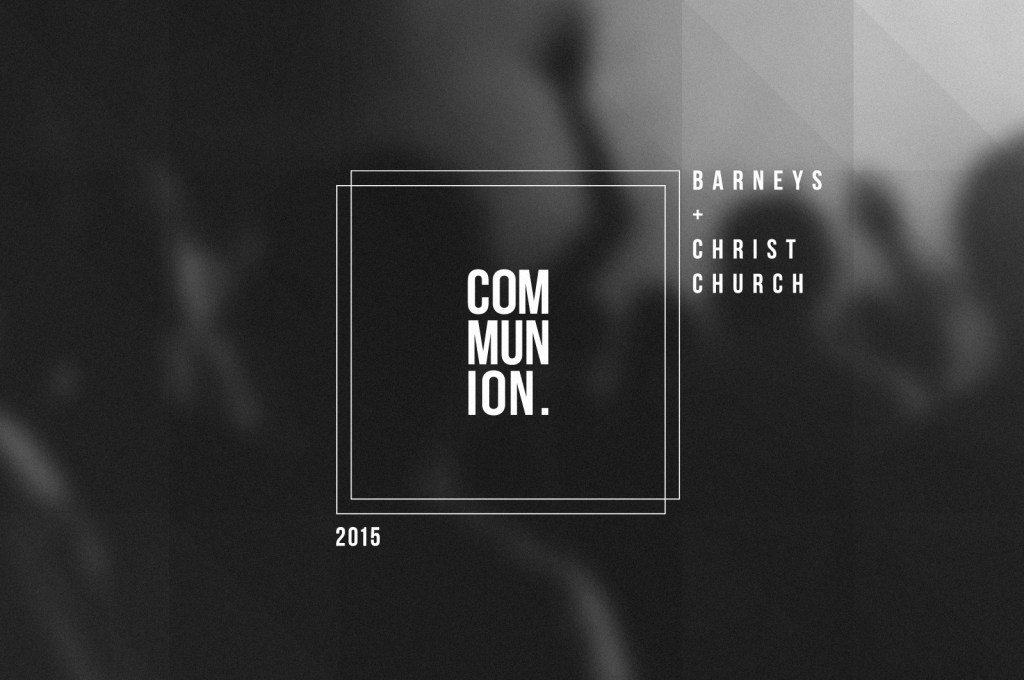 The first step was to import the audio we recorded on the night into a Pro Tools session (file). We ended up with 32 tracks of audio in total, which as busy as it looks, is a moderately sized session.

Initially this is a very boring looking session. There is no plugins on tracks and no editing at all (see screenshots 1 and 2). However, that changes very quickly. The first thing I did was set up the session the way I like it, moving around the tracks into a sensible order, giving them colours for easier reference and adding in auxiliary tracks for things like reverb and submixes. (Screenshot 3)

The sound at this point the recordings still sound extremely raw and unbalanced. The volume level of instruments are all over the place, there are some tracks audible that you don’t need, and there is a lot of extraneous noise that detracts from the overall sound.

I spent a fair bit of time at this stage working out which reverbs to use. For vocals, I wanted a reverb that sounded like the auditorium at Barneys, to help them feel natural. The reverb on the drums and other instruments were a bigger and more open sounding to create space. I also EQ’d the reverbs, which helped make them sound the way I wanted them to.

Once I was happy with the mix as a starting point, I split the session into two sessions, one for the Christ Church set and one for the Barneys set. This helped with managing the rest of the process, especially as there was some overlap of tracks between the two bands.

At this point the songs starts to sound much more balanced and tidy, but they’re still far from polished. To get them sounding right requires a lot more tweaking.

The next step was to sit down at different times with Evan Brown from Christ Church and Curtis Smith from Barneys. We went through each song carefully and did a lot of editing. Vocal arrangements were thought through, as arrangements for live vocals don’t necessarily work for a recorded track. We did a lot of deleting of sections where there was no audio present (like the violin tracks when the violins aren’t playing) to help control spill (extraneous noise).

We also had a listen and decided what we wanted to ‘overdub’, which is recording a new track on top of the initial recording. There are a number of reasons for overdubbing tracks. Sometimes a musician makes a mistake on the night, or misses a note. Maybe there was something wrong with the tone on a track, or the microphone chosen wasn’t ideal, or a singer had bad microphone technique or maybe it was something else entirely.

For Christ Church, we overdubbed a couple of the lead vocal tracks, but not much else. The editing and arrangement process was pretty hefty though, Evan and I spent a really long day working through the songs with a fine tooth comb.

Barneys also overdubbed some of the lead vocal tracks, as well as the acoustic guitars. The editing process for Barneys was just as rigorous and long.

Once we were happy with overdubs and editing the next step was to finalise the mix. This is a pretty long process with very incremental tweaks. A large part of the process is automation, the process of adjusting settings so that they change based on time. Basically this allows me to turn a vocal track up in the chorus, and down in the verse (or vice versa). It also allows other processing variables such as eq and compression to be changed in a similar way. See screen shot 6 for an example of volume automation on the Barneys session. The black lines show the volume changes as the session progresses.

This process involved a lot of back and forth consultation with the other producers/band leaders, Curtis and Evan. There were many very small changes made along the way, in regards to both the balance of everything and the overall sonic quality and style. We really wanted to maintain the feel and vibe of the night, as well as the ‘liveness’ and ‘openness’ of the live recording, so there were a number of tweaks to make sure we got that side of things right.

We also listened in a variety of environments, from headphones to home hi fi systems to car’s. This allowed us to get a good representation of what the final listener will hear and thus make adjustments accordingly.

Mastering is the very specialised ‘dark art’ of record production. Basically mastering takes the final mix in stereo form (not individual instrument tracks) and tweaks it in various way to prepare it for the final release. This process often covers making the tracks louder, ensuring the final eq and sonic quality is balanced, and making sure small things like the silences between tracks and audio format for final distribution are taken care of.

Our brief to the Mastering Engineer (Darren Ziesing) was to have the album sound natural, have vocals front and centre, and that he maintain the dynamics of the songs as much as possible. Again there was a little bit of back and forth between us and Darren as we finalised the sound, but this was painless and resulted in a great result that we were all very happy with.

Have a listen to the process

I’ve put together a compilation of the song ‘To Know Your Son’, the 7th track on the Album. The compilation is a mash up of 5 versions of the song, one version form each step in the process appearing one after the other in order. You can listen to the audio below.

The steps are separated by a bleep so you know the transition has happened. The steps are:

The process took quite a lot of time and effort, and I certainly learned a lot along the way. However I think all the work has resulted in a really great album that achieves what we set out to achieve. We maintained the vibe and feel of the night, while also achieving a tidy and quality sound. We really hope the songs presented on this album will be of service to many churches seeking to love, serve and worship our great God.

I want to take this opportunity to thank all those involved, from the musicians to the people who helped out on the night. A big shout out to Curtis Smith and Evan Brown for many hours of work both before and after the night. Also thanks to Andrew Judd who provided much needed advice and opinions at many points along the way!