Over the past few months Open Box Technology has been busy with installs all around Sydney. We recently upgraded the lighting and visuals at St Augustines Neutral Bay. We’re really pleased with the end result. 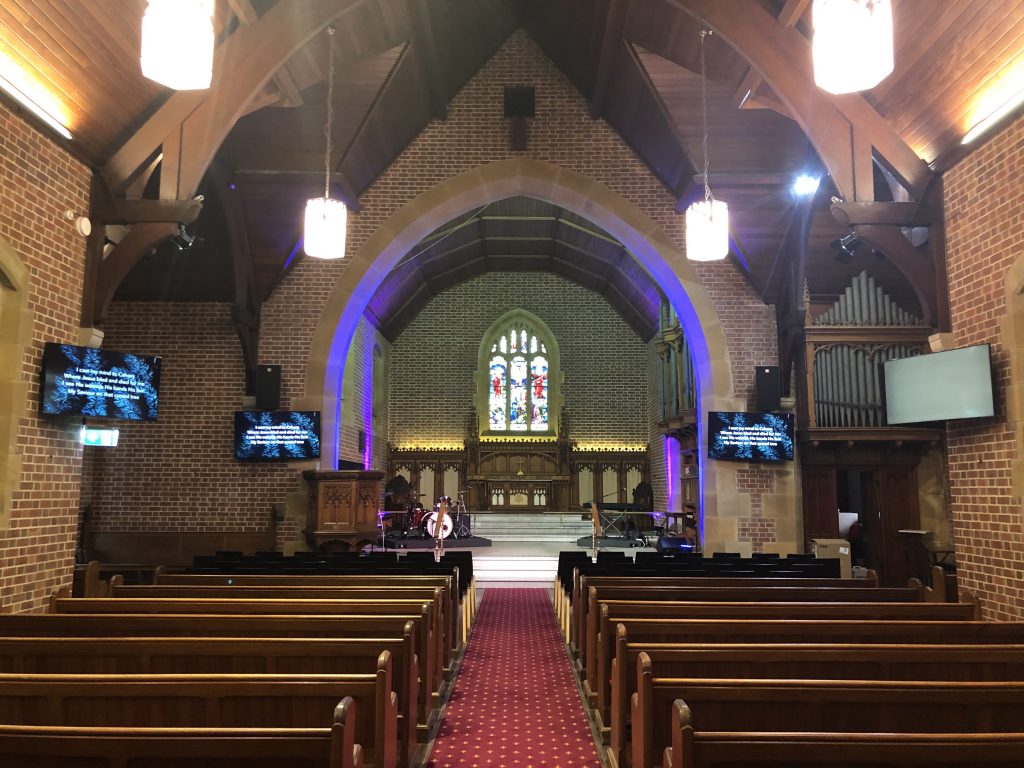 St Augustines Neutral Bay (part of Church by the Bridge) had previously rotated their floor layout 180 degrees to achieve “backwards church”. This is a common practice for churches as often the choir stalls, organ, pulpits and altars are immovable and unable to accomodate for a more modern church setting. St Augustines decided to reorientate the church back to the original setting which required and upgrade in lighting and visuals. OBT was more than happy to help! 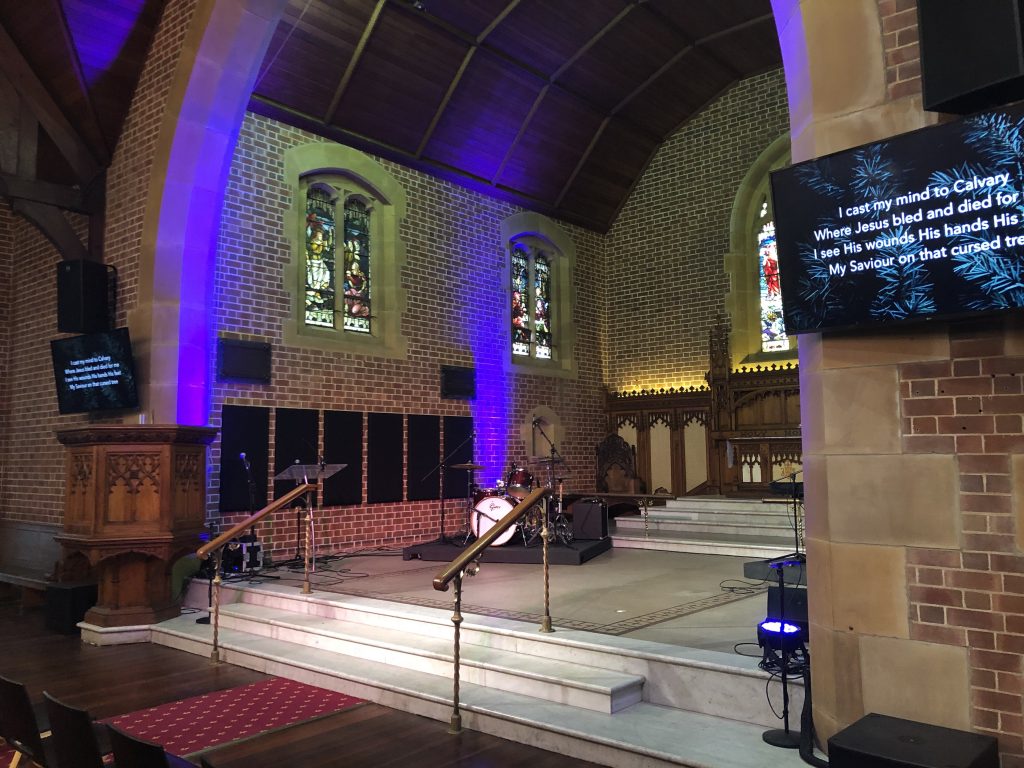 We installed a total of seven screens at St Augustines. Instead of a typical projector and screen, two 65″ televisions were installed either side of the stage as well as two relay 40″ televisions further down the church. Televisions rather than projection was chosen as to not obscure the beautiful church sanctuary and stage. A 55″ foldback television screen was also installed diagonally opposite the stage for visual feedback. Two additional screens were installed in the downstairs cry room for parents as well.

Two stage lighting bars were installed in the rafters. Each lighting bar had a spotlight as well as a multicoloured Fresnel LED light attached to it. To illuminate the church sanctuary led strips were placed in the shelves of the altar as well as fresnel lights shooting up the sides of the walls. The brightness and colours of the LED strips and up-lights can be controlled by a DMX control unit at the back of the church. 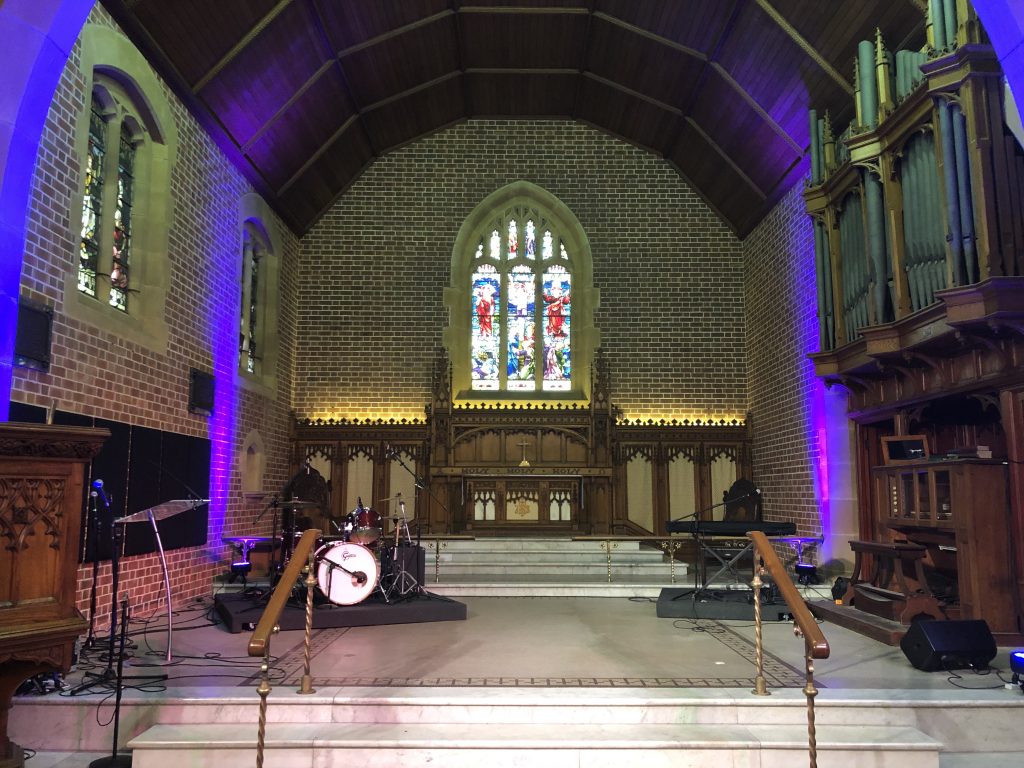 Acoustic panelling was also installed in the sanctuary, the back wall and the eaves of the church to minimise echo and reverberation.